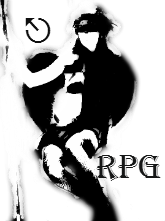 These games are ranked as per global recommendations on a scale of 5.

A recommendation level 5 is adjudged as the global best games.

The recommendations were basis the mochi bridge leaderboard where by games were scored over a five year period by folks like you..

The most likeable games featured here are Cactus McCoy the Cowboy ranger who goes on an Aztec adventure mixed with Red Indian mythological shape shifting Cactus McCoys spirit guiode transforms him into cactus.

Then there is Little Farm a Farm game adventure involving barnyard livestock and sale of grain.

Learn to Fly 2 is about the jet strapping penguin who studied cyrogenics in order to fly, the game is a catapult play ranging game. Last but not the least is the bloons supermonkey who flies around bursting colored baloons that form geometrical shapes allowing you to engage in tactics to burst the max bloons in a limited time..

Batman is running man in the game of Gotham city Rush, a high adrenaline feature packed game where the only objective is to either gain points or beat some combo levels. As Batman is always running you can actualy play this game with your eyes closed and await for him to lose all his lives, coming away with a neat 16K points but thats not the point . The objective of this game is to make it to the next level and experience the even more superior batman by scoring a gate crash of two million points in each level. Read More...