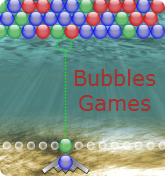 Spark your imagination with a Zombie Game!

When the dead shall walk ...they fight to reclaim...a line up of zombie thriller insanity games including zombie shootout, tower defense and action packed thriller game packs.

This section features a variety of foes against zombies the most fun being zombie vs. spaceman and zombie vs.monster. .

Ganster vs zombie is one of the game friday award winning games that has you pitched as a gangster shooting down zombies as they attack from every direction. In this game you will encounter flying zombies and walking dead, you need to make away with the loot.

Earn to die is an all time favorite zombie thriller and takes you through at-least 66 level packs in which you upgrade your car to a rugged monster truck by gaining reward points. The game also features a workshop wherein you upgrade the fire power of your vehicle and install rotating spears to thwart the attacking zombies as you make your way on the highway through hell.

Ever find yourself suddenly psychically active and available in the dead of the night? With a mild blue glow around that highlights corpses strewn on each other and a deep pit adjoining with all the creatures of hell piled on each other with a lot of tsk tsk …stuff….

Welcome to Left Two Dead a hash wasD zombie game that’s as easy as aim and shoot. The game was created by game developer Andzol and has done pretty well on the charts and is well on its way to become one of those classic Zombie games available online. One reason for this is because of its simplicity in design in both vectors of game graphics and physics engine. The game starts with you standing in the midst of nowhere, supposedly in the dead of night, and all you have with you is a pistol. With this you can turn your character in any direction and shoot at zombies out of nowhere. Shooting is a simple aim and fire and wait to reload.

Zombie on wheels - The Arrival

Launched today is a new game from  Dennis and Yuri called Zombie on Wheels, makers of Undead Neighbors and Monsters Must Die. This is a nine level thriller jammed with achievements, power ups and zombies. The story line of a wayward camp of refugees who need food supplies and medication hiding away from the zombies....provokes our hero to take a ride on a shopping cart with power ammunition for this Zombie War.

A library lists the profiles of the zombies and serves as a record of the dead....called the zombie library.

The game controls are quite simple with an aim and shoot philosophy, falling into the realm of  mouse controlled games. Except for the pickups and power up ,  ‘R’ is for a  reload.Playing the game, to get a feel for the experience requires a bit of skill as you adjust for the latency between mouse movements and onscreen cursor movements.

The graphics are high end and could have been optimized so as to allow for a lower latency to provide a more fulfilling experience.

You're a zombie, hit innocent humans to clone yourself and get more chances to overcome the obstacle...