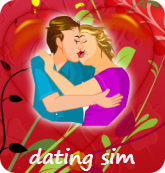 Mahjong Games for the intellectual!

Mahjong the game of ancient china originally played with bamboo and sticks. The game is played by at least four participants and has similar themed rules. This section presents a variety of mahjong variants.

Today I thought I’d share a game that every frustrated employee would love. Its called CubiKill, a pun on cubical we share at office, the game is about a psycho who was released after his internship at the local asylum and is released into the local society.

The man has a job at an office but every ones getting him on edge. The game needs to be played with your volume turned up as it is fun this way. You need to build your inventory of things to throw at people in the first two levels until you earn your own baseball club to thulp them.

Pick any room and meet with th respective manager and sure as hell he will talk you down. Pick up things to throw on him and click on his face and ensure you do so multiple times until its finished. The puzzle of the game is to find all employees and smother them. You will need to experiment a bit with doors and arrows to see where it gets you in the office. The next level will not be reached until you find everyone in the office.