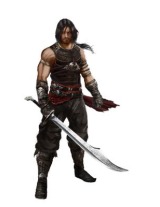 Here you will find some of the hottest action games and on the right you can see the prince of Persia. Click on him to load some of the best adventure games you've ever played.

The action games lines up here ensure you're never bored of the same old thing. You may start off with a helicopter invasion on territory with invasion on page 5 or with a crazy santa shooting off pistols.

For those with nerves of steel are lined up the end of days action games with the zombie apocalypse, tectonic sword-fall with the gladiators of doom and headless havoc with the warriors.

In the game Island you play the lonely role of a cannibal who will do anything to save his island from industrialization and real estate tycoon. Armed with an axe and spears you have to make your way around the island planting trees and watchtowers or sentry’s that will defend you in case of an invasion by the tycoons. The trees that you plant will enable you to earn more nature points which will allow further additions of sentry’s and watch towers.

The game has the villains arriving in steam boats from all over the place on your tiny island and you need to take them out as they come. Destroying a speed boat is achieved by hacking it with your axe until its green line turns red at this time you will find that no more can the saints come marching out of there. If you do not destroy the steam boats waves of industrial age merchants will drop out and they will ruin all your hard work and effort by chopping down your sentry’s and trees turning the land into an infestation of commercialization and industrialization.