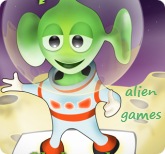 The Tower defense genre of online games also called TD is a game of strategy. The game is played in levels also called rounds and at each round the force of attack increases. Accordingly you need to increase your force of defense by choosing the appropriate ammunition and defense block also called towers.

The game plays on timing and the way you foresee an attack in the next round. From the time you initiate a round up until the end of the round you have almost nothing to do but watch whether your plan had been effective in thwarting the attack. This brings us to the crux of the game ...aka before the round begins...when you only have a limited amount of money to purchase a variety of towers and what choices you make in purchasing them.

Defense towers come in various shapes and sizes and are priced according to their capabilities. Early in the game you will usually find yourself purchasing cheaper towers that simply spray bullets...as you keep hitting the enemy forces your reward points increase... this brings an additional gain of wartime wealth. Now that your kitty is slightly bigger you may want to purchase towers that have laser guidance systems to effectively hit the bigger and deadlier enemy units.

As you keep playing the game you will find that towers have inherent strength and weaknesses. The cheaper towers maybe short of range and the costlier towers may have a high recoil time making inter enemy hits slower and less successful. You will need to make decisions on which towers to sell so that you can accumulate more money to purchase the more effective towers. This process of adjusting your defense forces through the sale and purchase of towers is your optimization technique.

Optimize your limited resources within the allowed duration to win the game of strategy... tower defense.

Given a choice, whom would you choose Bea or Lara?

Considering the fact that Lara Croft of  ’tomb raiders’ comes with excess baggage and the requirements of nearly 600$ in a PS4 or Xbox one, I’d choose Bea, cause she’s free, available and the sexiest archer of the the tower defense series. For those of you who are not aware, the tower defense is a ‘strategy piece’ wherein you make important decisions on the allocations of resources , and sit back and watch your initial assessments perform in the real sim….a bit like what Larry Page does in Google when he thinks of MarkusZucks III and the facebook effect. This game has its origin in ancient china when nulls were military generals...and tsun zoo wrote 'the art of war'....

The Heroes of Mangara is a 16 level game, wherein it appears level 1-5 were designed to let you learn the tricks of the trade, magic spells, types of heroes …and basically get a hang of it. What I don’t understand about the game is the twists introduced with level1 being the landing and the sure progression through levels 7, it becomes apparent that although were invading Mangara the tactical side of the game is more defensive….like we were being raided or something. Guess NoxGames has to twist the story a bit.

An exciting Tower Defense game, your enemies strategically have to follow a path and you place your ...